The Ayrolle pond is one of the most picturesque sites in the lagoon. There, right on the water's edge, a few charming old-fashioned wooden cabins seem to have emerged from the past.

In front of the barracks, the Ayrolle pond extends to the grau de la Vieille Nouvelle (one of the last graus of the Gulf of Lion in its natural state), and its waters mingle with those of the Mediterranean . Chameleon pond with many faces, it can be a mirror on a windless morning or rise up under the onslaught of the Cers. Located at the end of the saline road, it is one of the most fish-rich ponds in the village and perhaps the favorite of Gruissan fishermen. This site is timeless, it is made of blue and wind, blazing sunsets; at dusk this moment is truly unique.

Above the pond, a path runs along the crest of the Bishop's Ridge, offering a superb landscape to the eye. In the foreground appears the circular and secret marsh of the Campignol pond, with its access channel which seems to make its way through the reeds.

At sunset, the aerial ballet of pink flamingos who come to spend the night in the nearby saline is a MAGICAL moment!

A grau is a communication channel between the lagoon and the sea. The grau allows the pond to fill up by sea winds, then to empty when the Cers blows. This coming and going, like a breathing, cleans the swamp of its mud. You should know that a closed pond is irretrievably doomed.

It is here, at the Ayrolle pond, that several fishing professionals have chosen to sell their fish. Back on the ground, on the stalls, the emotion has a salty taste, a taste of the desire to cook. It's time to buy the fish of the day and put it in the oven. From the pond to your plate, that's direct selling! We also recommend the small village port and the fishing hall to enjoy ultra fresh fish. Go ahead, you won't be disappointed!

The Prud'homie (fishermen's court) is the competent court which judges disputes between fishermen and governs the profession. It has existed since July 24, 1791. The Prud'hommes are “lawyers of the sea”. Their work is organized mainly around fishing and local fishermen. Several times a year, the fishermen meet and talk about their activity. It is, among other things, the moment of "the billet". During this assembly, the fishing stations are drawn by lot for the installation of net dams on the ponds. A draw which is of great importance because some fishing stations are more coveted than others! 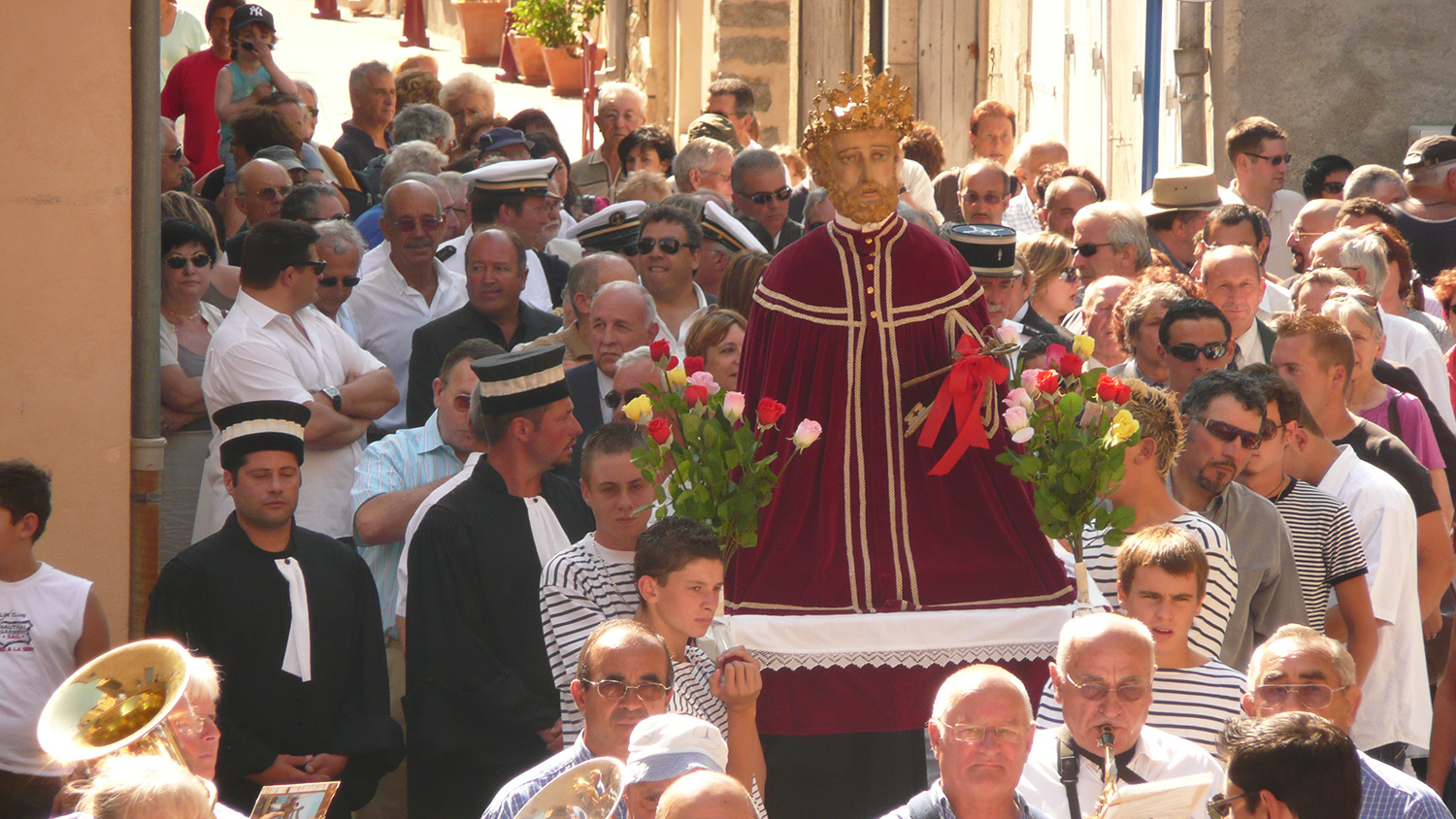 The Fête de la Saint-Pierre, Saint Peter's Day, is the fishermen's feast and takes place on June 28 and 29. In the middle of the XNUMXth century, a figurehead ran aground on the Gruissan coast. This bust (classified as historical monuments) of the Patron Saint seems to be at the origin of this picturesque festival. The ritual is well run: serenade in the streets of the village in the company of fishermen and high mass danced to Scottish rhythms at the Church of Our Lady of the Assumption.

The Tourist Office organizes every summer a meeting with fishermen and oyster farmers from Gruissan. Isabelle, the driver of the little train, takes you to the Ayrolle huts where Benjamin, a young fisherman, awaits you. He details his days and his specialty, tenille fishing * (* as we say here, or telline for those uninitiated to Gruissan).

After this wonderful meeting, you take a break at the Halle de la Pêche where Sébastien talks about fishing in the sea and in ponds. You then continue on your way to the Perle Gruissanaise to discover the production of mussels and other shellfish which will end up on your plate during a tasty tasting. 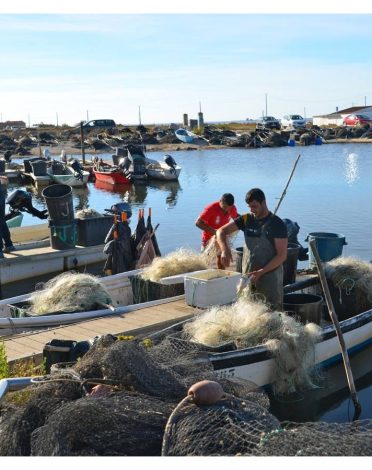 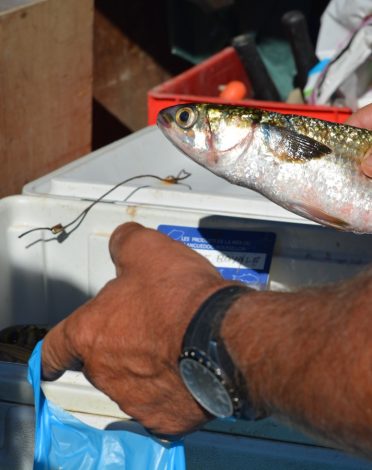 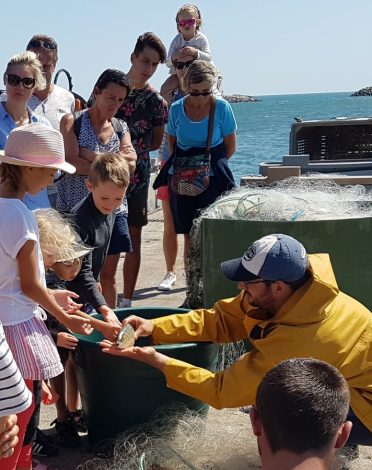