The heights of Gruissan, in the Massif de la Clape, shelters a treasure, the Notre-Dame Des Auzils chapel. It is nestled in a natural setting, protected from the winds.

To get there, you walk along the marine cemetery called "Allée des Naufragés" ("alley of the castaways"). This place, unique in the world, was imagined by inhabitants deeply attached to their traditions. The spirit of the south hovers here, and accompany you for a ride that will grab your heart.

The hermit's garden offers a welcome stopover to walkers who wish to enjoy the freshness of this oasis in La Clape. A spring feeds the Mediterranean species in this garden all year round. This is where the men lived who had vowed to devote their lives to welcoming and guiding passers-by in this harsh and beautiful nature. They lived in self-sufficiency. 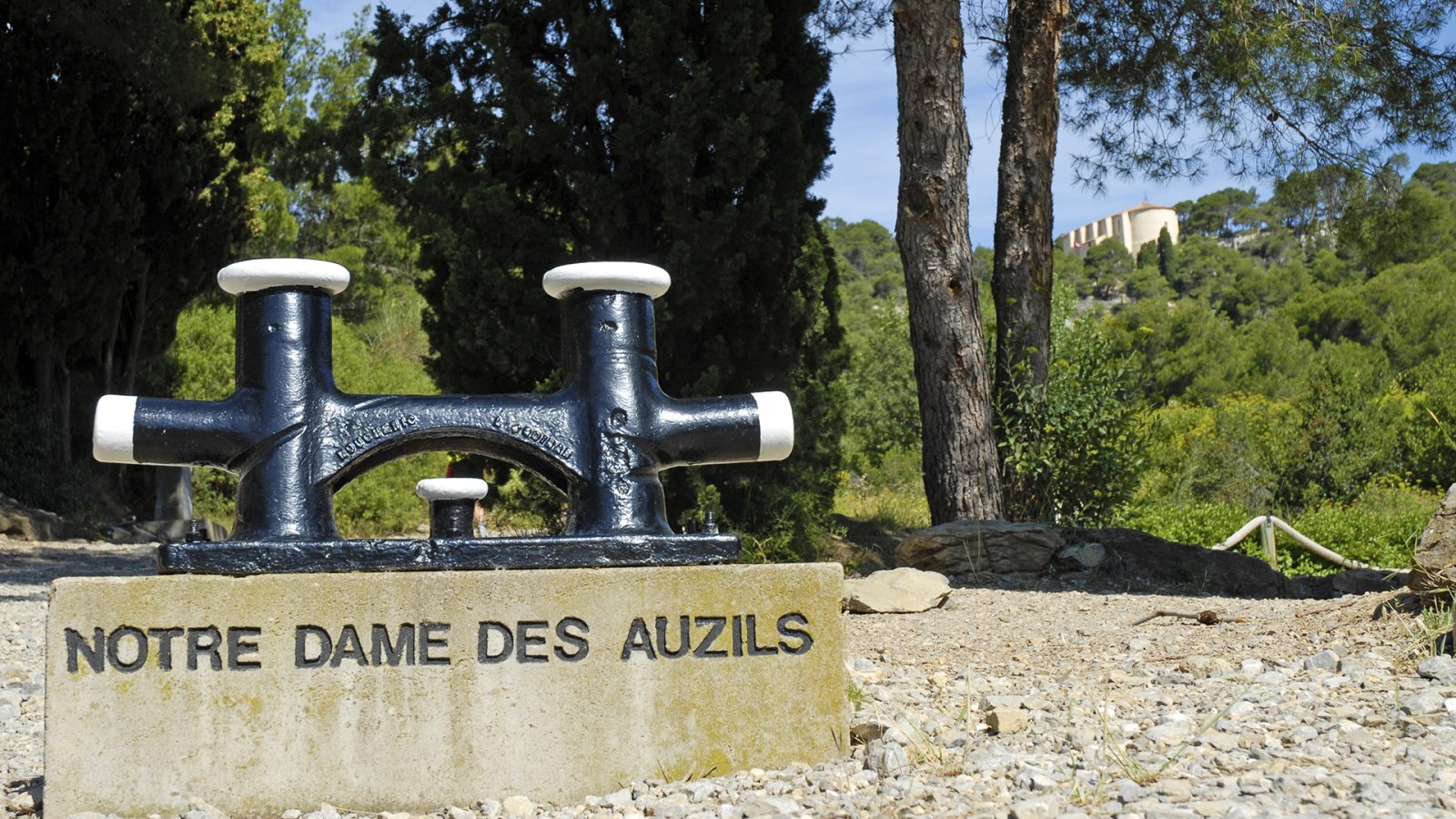 Opening times of the chapel

This marine cemetery whose cenotaphs (tombs without bodies) list the names of men, mostly young, lost at sea, is called the alley of the shipwrecked.

The accounts of their misadventures tell us of distant seas where they went to seek their fortune. They faced the perils of navigation, storms and pirate attacks, but unfortunately did not always return to tell their families about their exploits.

These are the same families who had the monuments erected so that the memory of their loved ones can be perpetuated forever.

There are 27 cenotaphs, the oldest of which dates from 1844.

Many cenotaphs have the mention PPL (Priez Pour Lui: Pray For Him) which appears on the stone that composes them. It is of course an invitation to meditation, to prayer. And if you feel like it, you can even drop a few flowers.

A few hundred meters higher, Notre Dame des Auzils protects the village. Sheltered by the pines, lulled by the song of the cicadas, the chapel opens its doors to you and takes you into a world full of memories and mysteries.

It reveals the paintings and objects offered by sailors and fishermen from Gruissan to Notre-Dame des Auzils, this Virgin of Good Help who protected them. If you follow the tour organized by the Tourist Office, your guide will point out the details and anecdotes linked to these paintings. 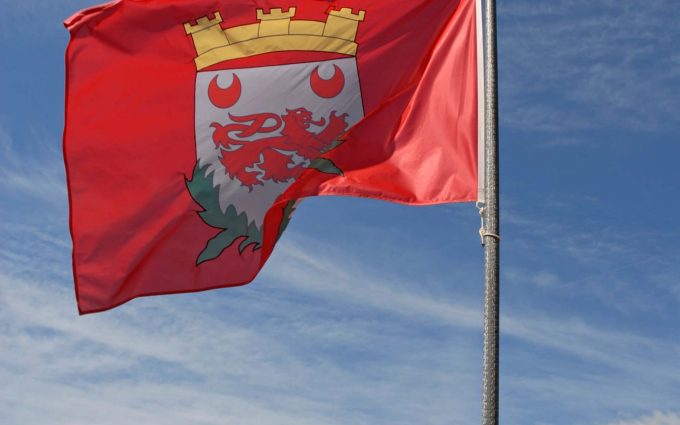 For the little ones

The flags which adorn the vault of the chapel are those of the maritime signaling codes. If you know the letter associated with each flag, you will be able to make your children guess the phrase hanging from the ceiling!

The history of the chapel

In 1080, the monks of the abbey of Cassan (Hérault), install a priory in the Clape Massif.

They welcome travelers who walk through the inhospitable La Clape massif. The name “Dame dals Auzils” is given in 1223, when the religious of Boulboune, in Ariège, bought the priory.

The current chapel seems to have been built in 1635. Since then it has been renovated many times and has encountered many problems.

What the legend says

A legend is also attached to the first construction. It is said that the construction of the building was started on various occasions at the bottom of the valley that it currently dominates.

But, as the work progressed, it was found demolished, and the Statue of the Virgin was each time mysteriously carried on the current site, naturally marking the place where the sanctuary was to be erected. Was this a divine intervention? 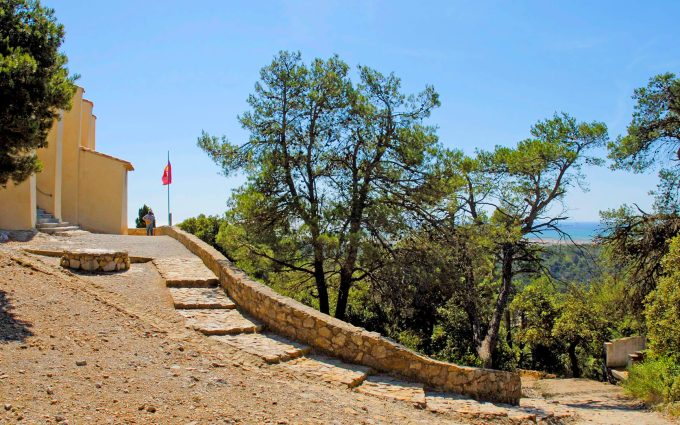 An ex-voto is a painting, plaque or object placed in a sanctuary in memory of a wish made. Activities linked to the sea, a place of all dangers, have often given rise to this type of achievement. The sinking sailors cry out for help from the sky. Once back on land, they offer, as is the case in the chapel of Auzils, small paintings, engraved plaques or models of boats.

Gratulatory ex-voto: whose purpose is to thank after a rescue

Propitiatory ex-voto: that we offered before a danger that we dreaded (before a distant journey) 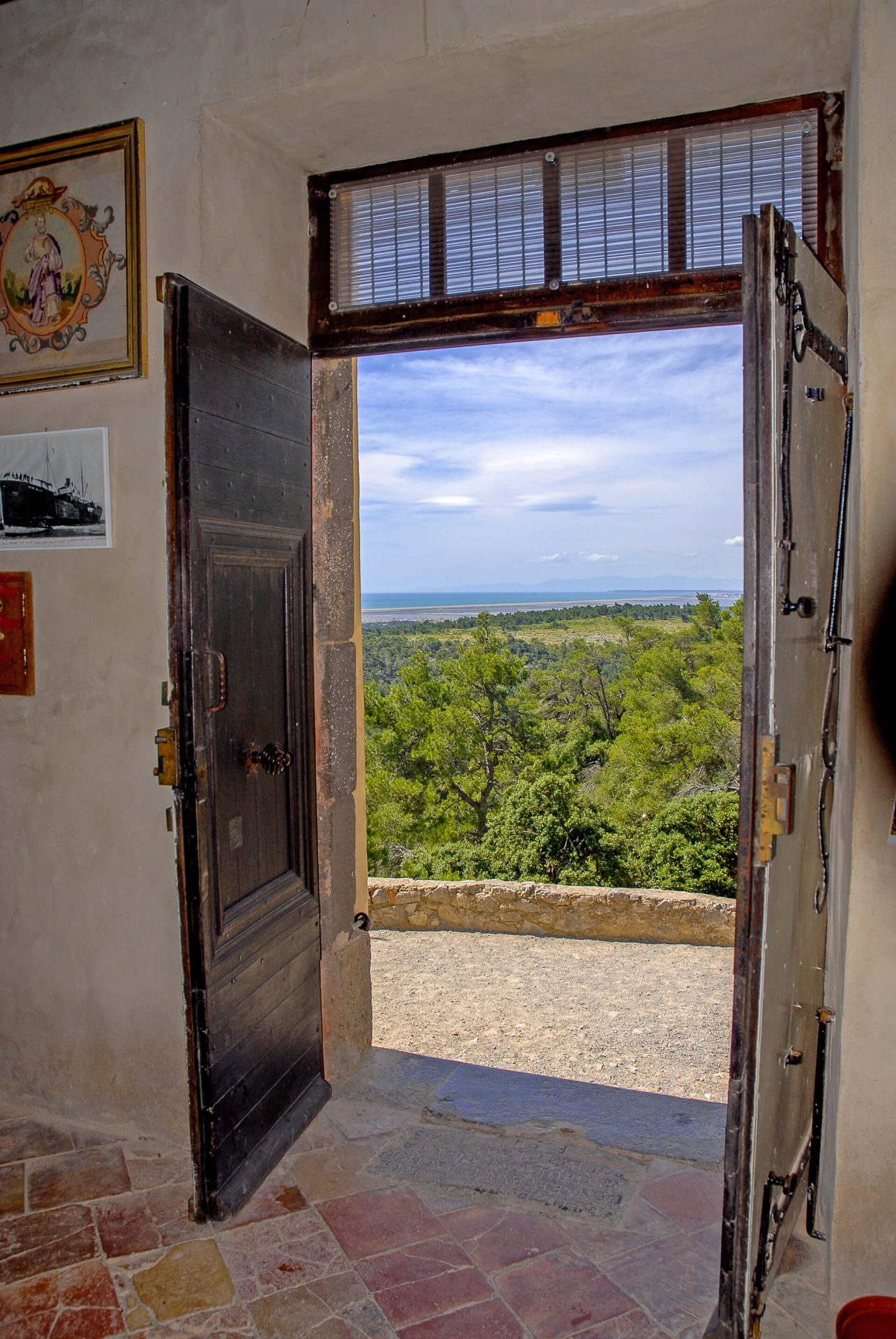 The panorama offered by the chapel is incredible

Come closer… closer! Can't you see anything? The ex-votos are reproduced in trompe l'oeil on the walls of the chapel since the theft of the originals in 1967. During the night of July 21 to 22, the door of the chapel is broken and about fifty ex-votos are theft, amputating heritage. This drama upsets the inhabitants of Gruissan.

The reproductions will be made posible thanks to Father PAUC, curator of antiquities of the department, and parish priest of Gruissan, who took the trouble to photograph the ex-votos before the theft. M. CASSIN, restorer of historical monuments reproduces the ex-votos and paints directly on the walls of the chapel. The illusion is perfect and the votive offerings inviolable. In 1981, all the inhabitants of Gruissan gathered to inaugurate the renovated chapel. Notre Dame des Auzils has finally regained its former beauty, 73 ex-votos and 27 models are again in place.

The painter had fun slipping unusual details on the walls, will you be able to find them?

On Easter Monday, the pilgrims went to pay homage to the sailors who disappeared at sea. This tradition began in 1797 after the disappearance of 32 sailors, on February 28 of that same year, due to a terrible storm.

On Pentecost Monday, the pilgrimage was made to thank Notre Dame des Auzils for having put an end to the cholera epidemic which claimed 94 victims in 1835.

In the past, pilgrims came from Gruissan and the surrounding area, and walked up to the chapel, paying homage to each cenotaph. Fishermen had the honor of carrying the wooden cross of Christ, filled with sand and stones. The pilgrimages were always very cheerful and quite folkloric.

Today, these pilgrimages are still followed by the faithful, that of Easter being the most emblematic of the village. 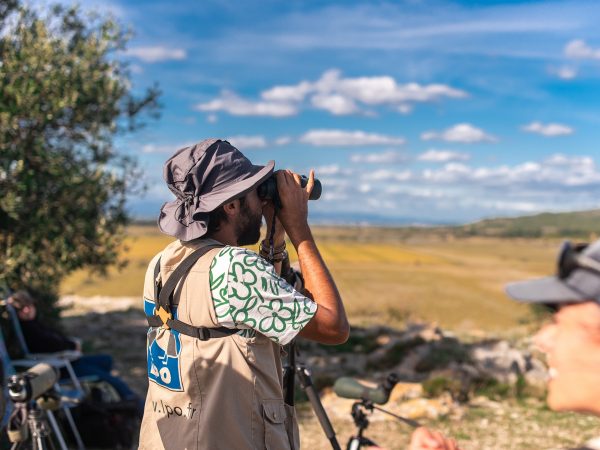 LEAGUE FOR THE PROTECTION OF BIRDS 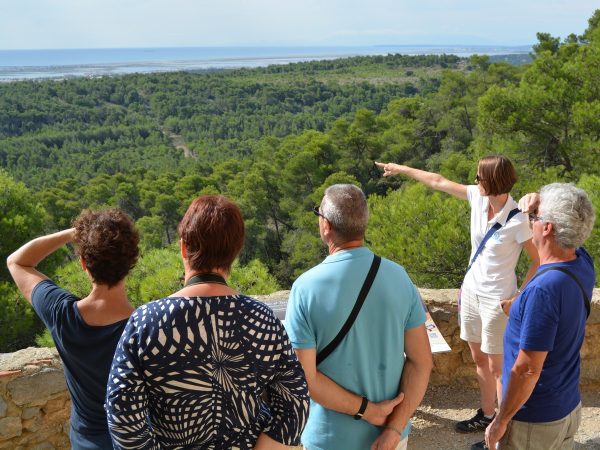 VISIT OF THE ND DES AUZILS CHAPEL BY SMALL TRAIN