The Gruissan Beach Rugby is the most important “touch” tournament on the Mediterranean coast. The physical effort is there, only the tackles are absent from the table. A touch tournament ensures more speed, less downtime and more spectacle.

The Aviron Gruissanais and the Tourist Office await you for the Gruissan Beach Rugby, two days of sport and celebration. The rugby spirit reigns over the legendary beach of chalets where amateurs and professionals meet. 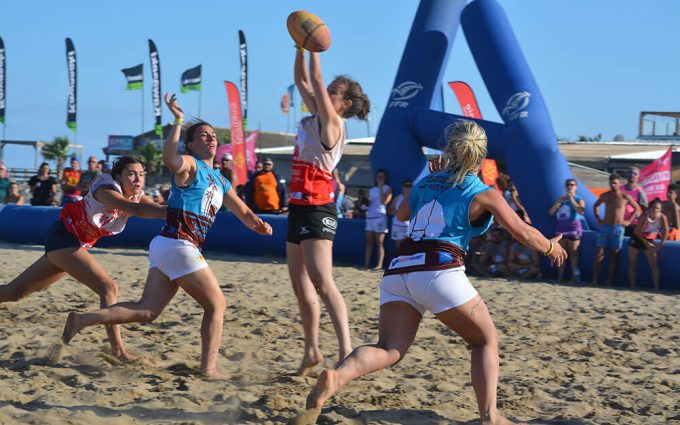 The Gruissan Beach Rugby is a tournament open to all. Young, mixed and women teams compete on the sand.

Each year, 96 women's and senior teams compete on the sand to the delight of the hundreds of families who come to watch this sporting spectacle. The Gruissan Beach Rugby “the beach rugby to be”! 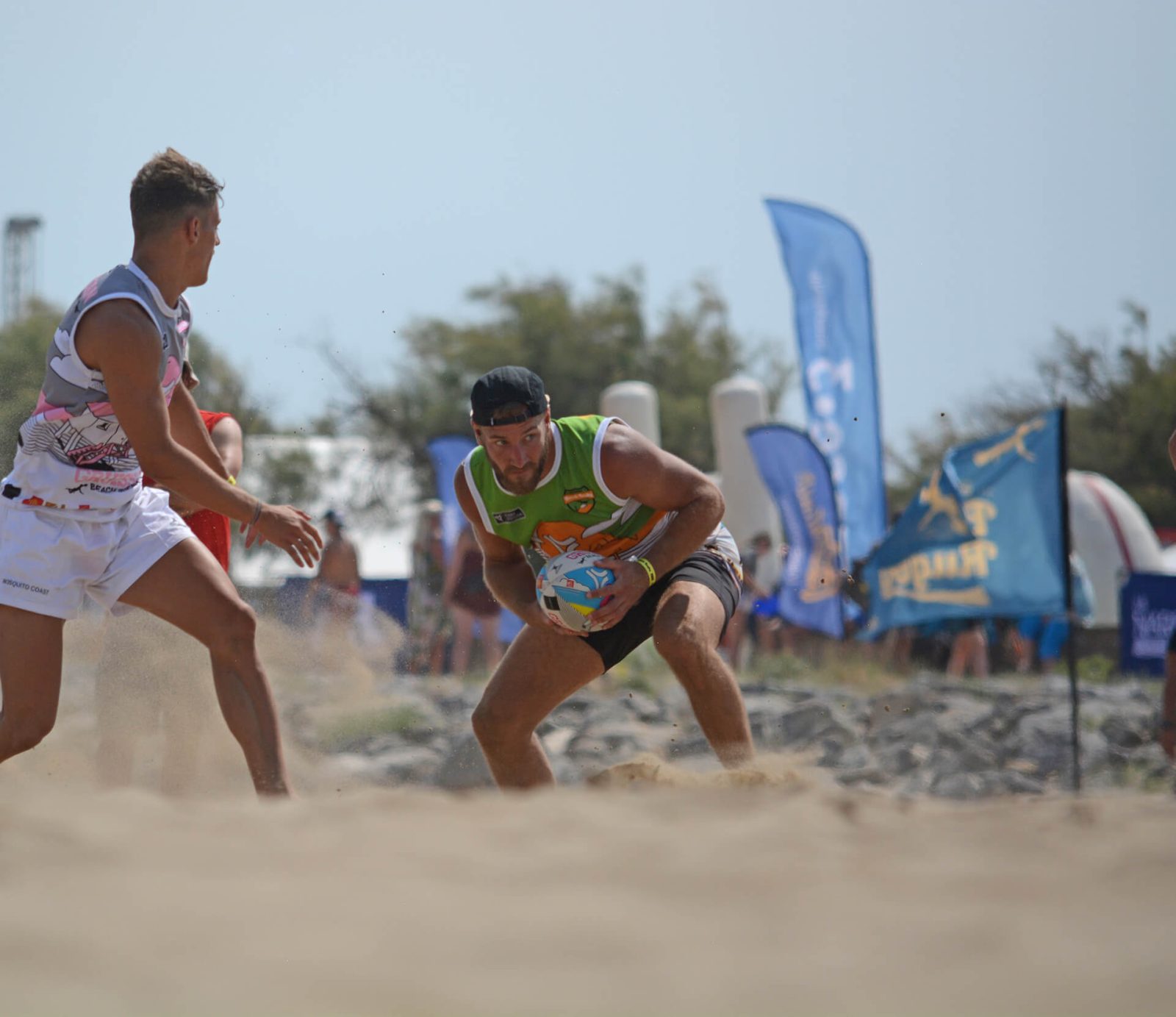 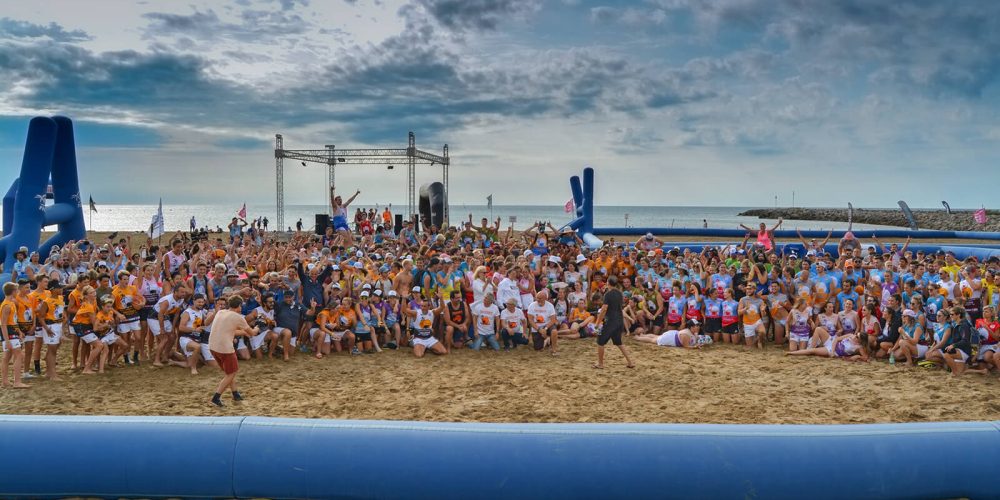 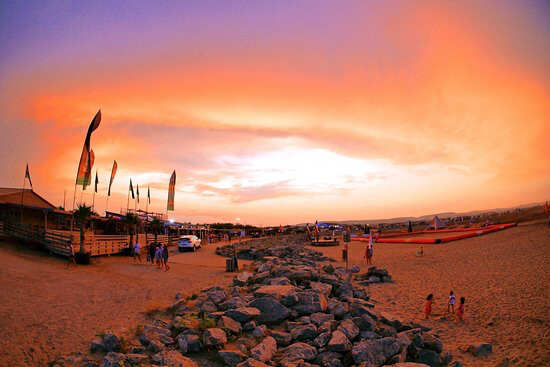 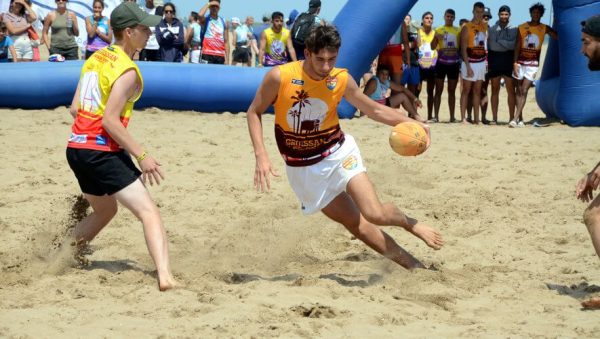 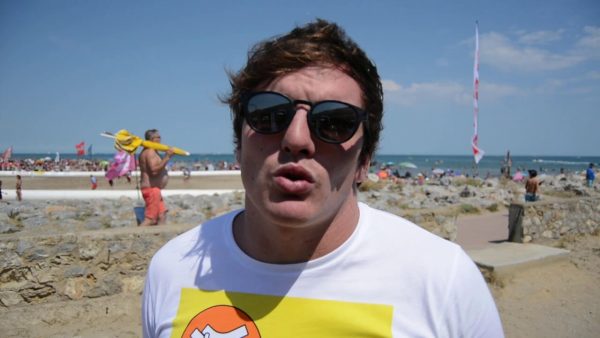 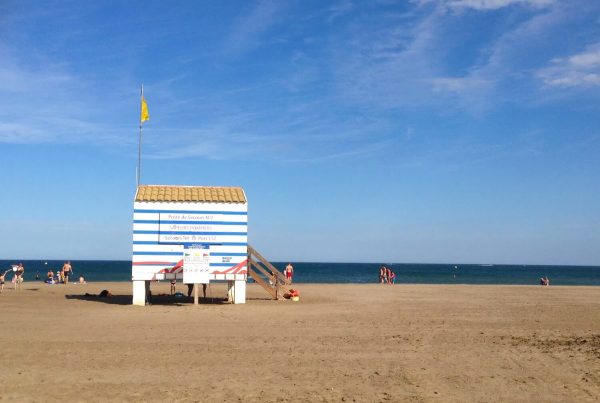 We are the champions

Since 2019, the Ligue d'Occitanie and the French Rugby Federation have joined the event and affix their labels, tokens of reference. The two bodies want to boost French beach rugby and are counting on the GBR to participate in this mission. This is how the Gruissan tournament becomes one of the stages of the brand new French beach rugby championship. The teams and partners involved take it seriously! The GBR has also partnered with the Anglet Beach Rugby Festival. They are both must-see events for those hoping to bring home the cup. 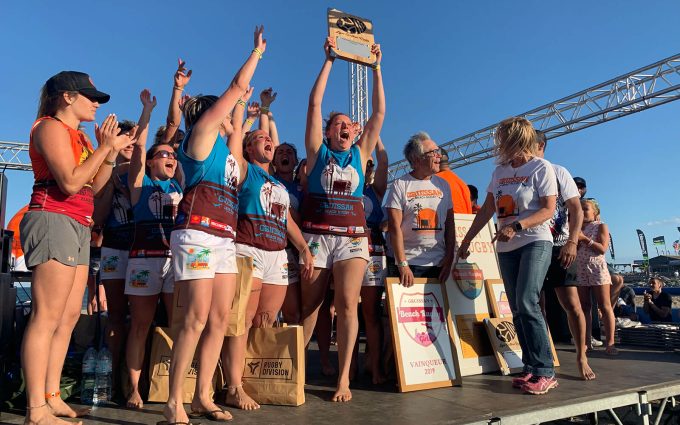 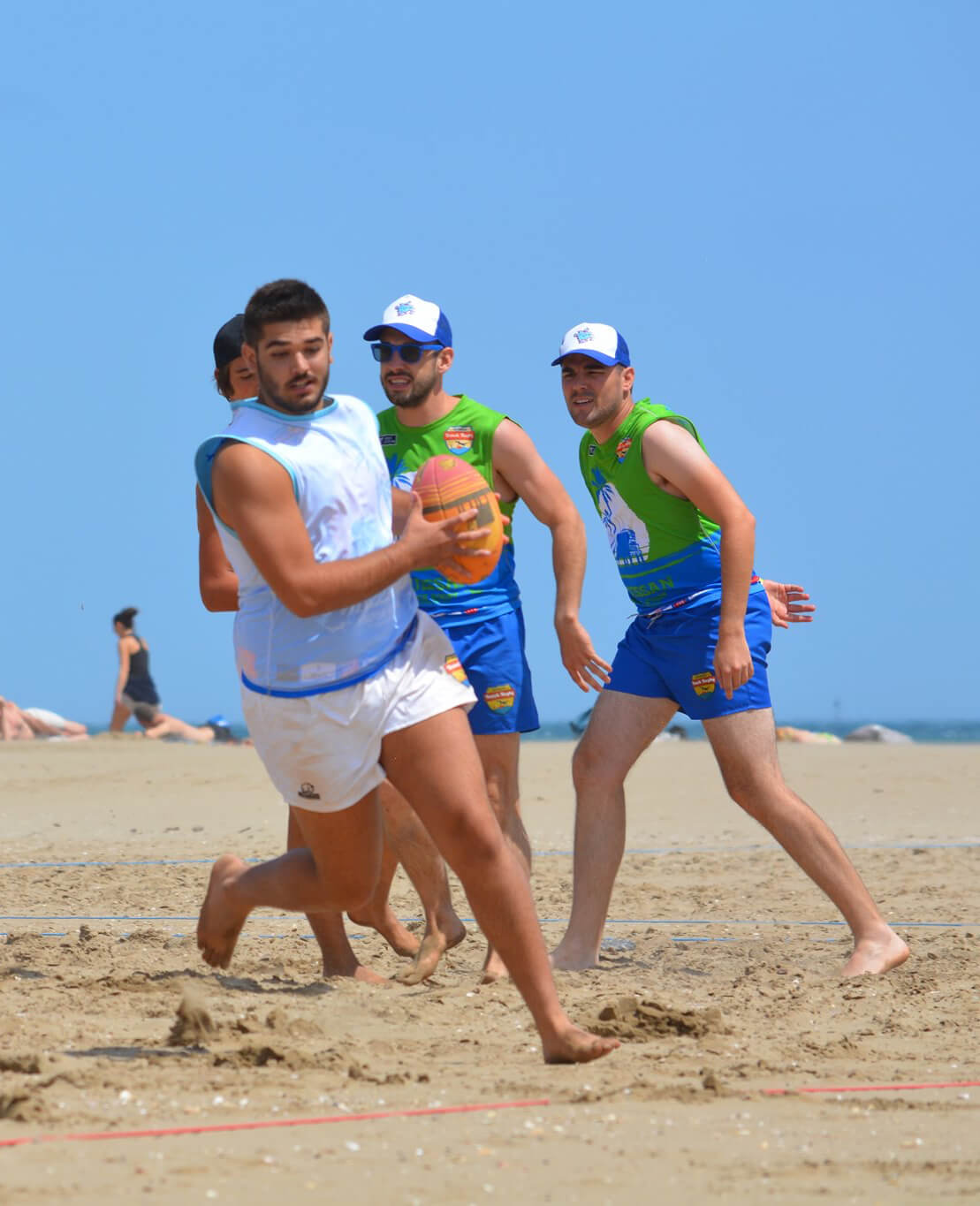 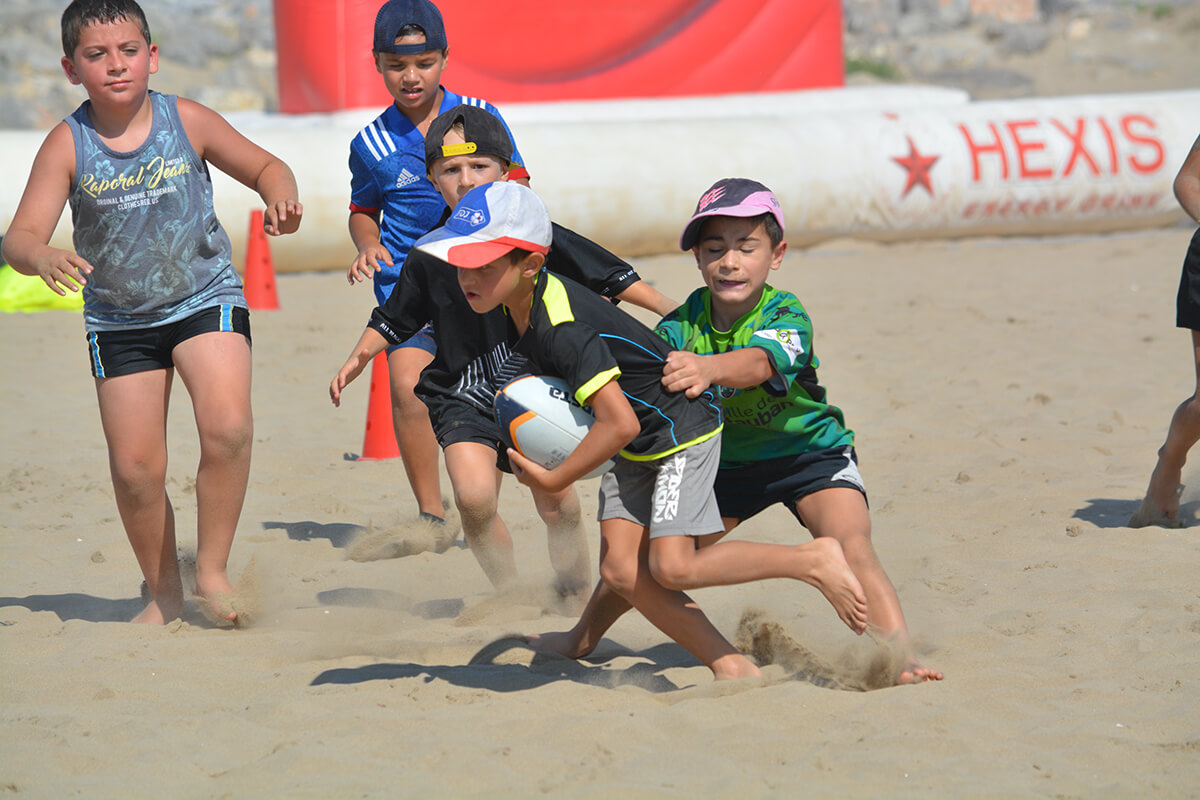 Sunday morning is entirely devoted to children from 5 to 10 years old. The sponsor of the event is present to sign autographs and provide valuable advice. Drop contests, mini tournaments, games… are organized. A unique opportunity for the young beginners of the oval to have fun with their friends and take a few selfies with the sponsor. And registrations are not necessary.

On the field, there are more and more women at the GBR, which is the largest women's tournament in France. A detail that has not gone unnoticed by the French Rugby Federation for which women's rugby is a priority. Like women's rugby, which has made a dazzling breakthrough in recent years, beach rugby is attracting women. The Ligue d'Occitanie and the FFR want to contribute to its development by highlighting large-scale events such as the GBR. Thus, thanks to the efforts of these two bodies, the number of male and female teams competing in Gruissan is almost identical. 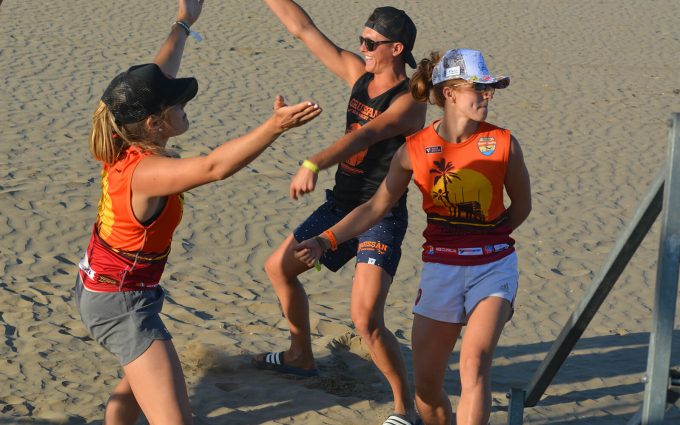 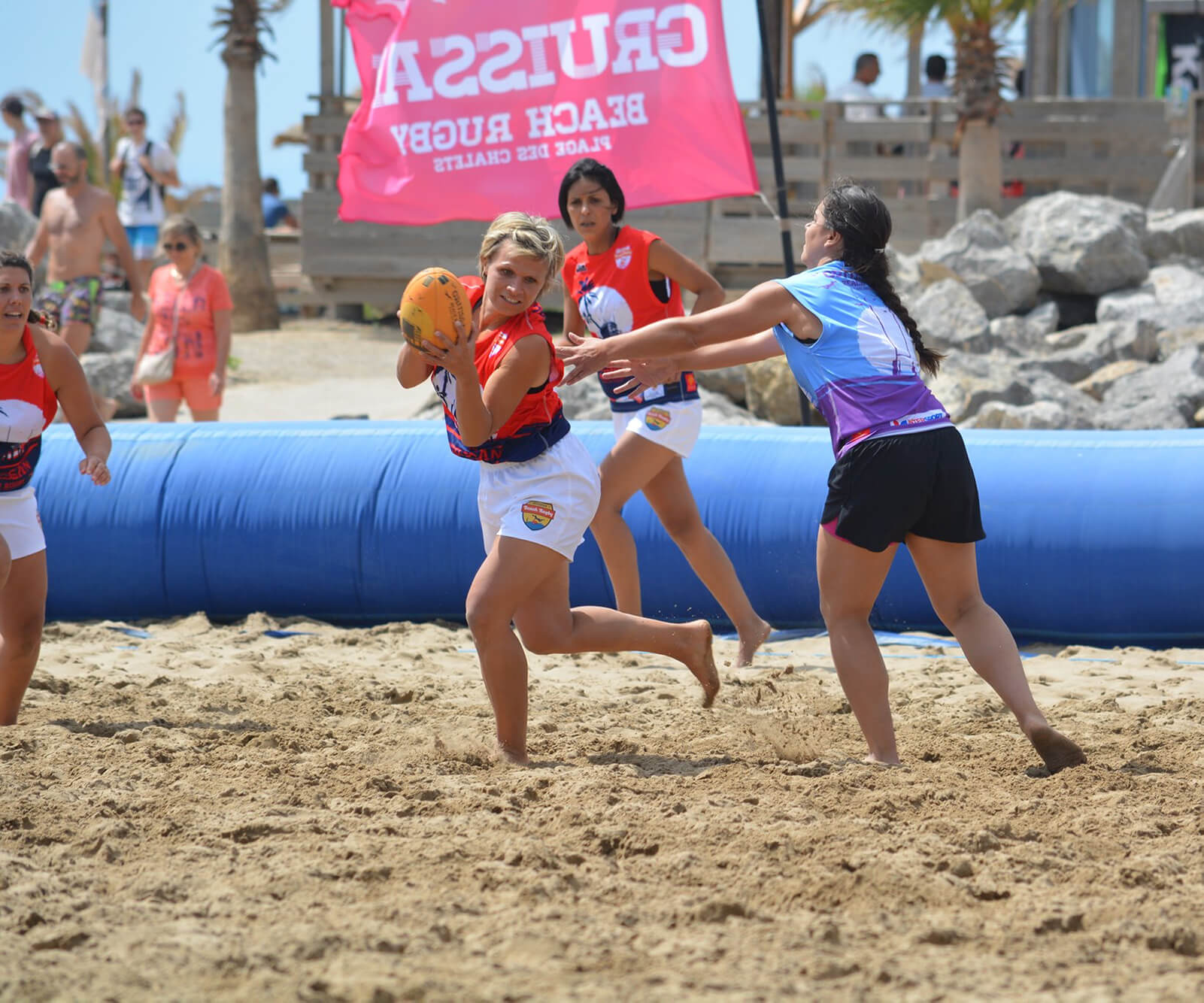 Each year, an exceptional sponsor honors us with his presence. In 2015, Louis-Benoît MADAULE, Captain of the Union Bordeaux-Bègles, played a small demonstration game and had a fun morning with the children, not to mention professional players like Peter SHORT (Leicester, Bath ), Sébastien PETIT (RCNM), Julien SERON (Castres Olympique), and many others who do not hesitate to sign a few autographs. In 2016, Damien CHOULY, Captain of ASM Clermont, was the sponsor of the GBR. He was accompanied among others by Adrien PLANTÉ, ASM Clermont, Camille GERONDEAU, ASM Clermont and Julien CAMINATI, Castres Olympique.
In 2017, it was Arthur ITURRIA, French international and ASM player who had done us the honor of sponsoring the edition and in 2018, Maxime MACHENAUD, scrum half of Racing 92. Gruissan Beach Rugby being moreover more popular with women, it is Gaëlle HERMET, captain of the XV de France feminine, who joined in the game.

Some players come to tread the sand of Gruissan